Suzuki have launched their new Ertiga and it is bigger, wider and higher – but are these the numbers you should be looking at? 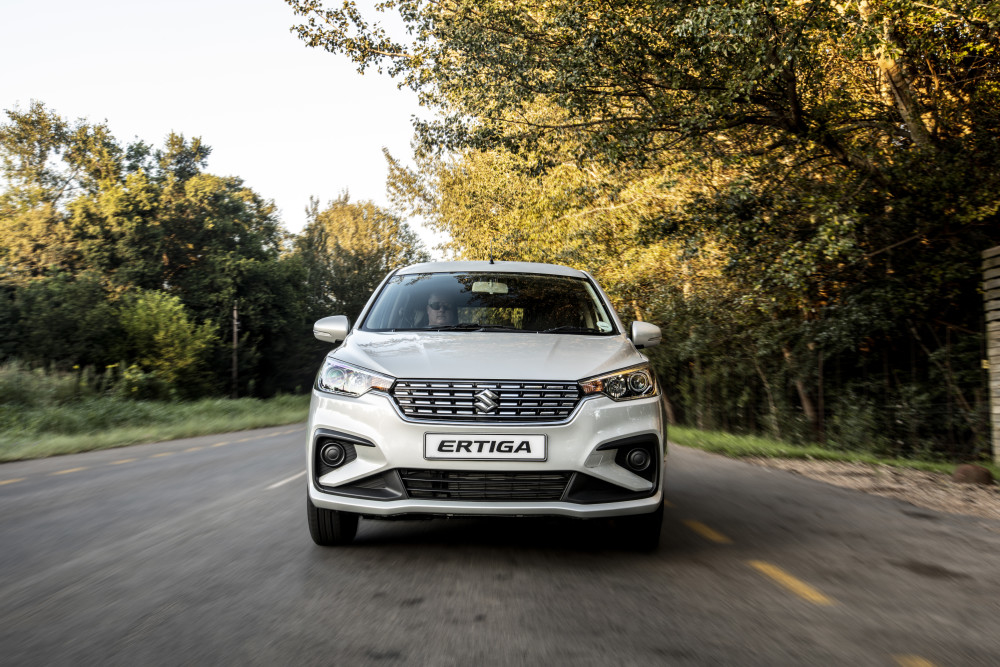 People carriers, seven-seaters, multi-purpose vehicles. A subject guaranteed to make you as enthusiastic as an unsolicited knock on the door on a Saturday morning. Seriously, when it comes to the motoring world, the subject of people carriers is likely to generate about as much excitement as is talking about tyre maintenance.

Arguably, tyre maintenance is a more rewarding subject because, well, they are the only thing keeping your vehicle on the road and topics like tyre wear, inflation pressures, tyre rotation and tyre life are important.

I cannot begin to imagine the discussions around the design table when it comes to creating one of these people carrier things. Draw a rectangle, make it about as aerodynamic as you can, fit as many seats as possible and then break for lunch. These vehicles are not cool.

When the Suzuki Ertiga first landed in South Africa, it was functional, capable and could do the job. It wasn’t exciting, it wasn’t pretty and it sure wasn’t desirable. It was competent – and that was about as large a compliment as was possible.

Imagine the excitement of my anticipation when the second generation made it to dealer showrooms in March this year. Yup, you guessed it, I was so excited, I stifled a yawn and went back to watching my newly-painted wall dry.

When the Ertiga pulled up in my drive for testing, it was pretty predictable. The new one is longer, higher and wider, like just about every new model that arrives in this day and age.

It is also really handsome. One of those vehicles that doesn’t photograph particularly well, but in reality has a presence on the road, giving you something to look at and providing visual satisfaction. Yes, it’s no performance machine but certainly doesn’t have to be shy about existing.

I’ll admit, a couple of times I parked it I sent a few admiring glances its way. Seriously, as odd as it sounds, it just looks … right. The kind of look that means you will enjoy being seen driving the Ertiga.

Obviously the design team at Suzuki have spent some significant time behind the pen, creating lines and angles that look good, but the rest of the team were not slouching either. Under the hood is a new 1.5 litre engine generating a maximum power figure of 77 kW at 6 000 rpm and 138 Nm at 4 400 rpm. A good thing considering that the dimensions of this generation is 4395mm (130mm longer), 5mm higher (1690mm in total) and 40mm wider. The wheelbase remains identical at 2740mm.

Despite this growth in size the design team have managed, thanks to their HEARTECT technology, an improvement on weight so the new model is a full six kilograms lighter than the original which was released just shy of 10 years ago.

All Ertiga models are equipped with two airbags for front passengers and ABS brakes with electronic brake force distribution (EBD). Suzuki has also added ISOFIX-approved seat anchors for child seats and a reverse parking sensor system for the GL model.

After all this, the story of the Ertiga and the three new models released into South Africa isn’t what you should be paying attention to. Instead, you should really be looking at the brand as a whole. Sure, the Ertiga offers a four-year, 60 000 km warranty and retails between R215 000 and R255 000 – but these are not the numbers you are looking for.

Last year Suzuki sold 12 123 units, growing sales by more than 30% in 2018. In April this year the company sold 919 vehicles and in May 975. It doesn’t quite beat the March 2018 figure of 1 006 but the numbers are consistently growing. Consider that in 2018 the vehicle market in SA declined by one percent while Suzuki grew sales above 30% and you have to ask yourself what all these buyers know that you don’t.

So, if you’re looking at a vehicle that can carry your kids to school, load bicycles for those early morning rides, pack all your friends in for that night out and give you enough packing space to take the family on holiday while avoiding the need for a trailer, perhaps one of South Africa’s growing brands is worth a test drive.