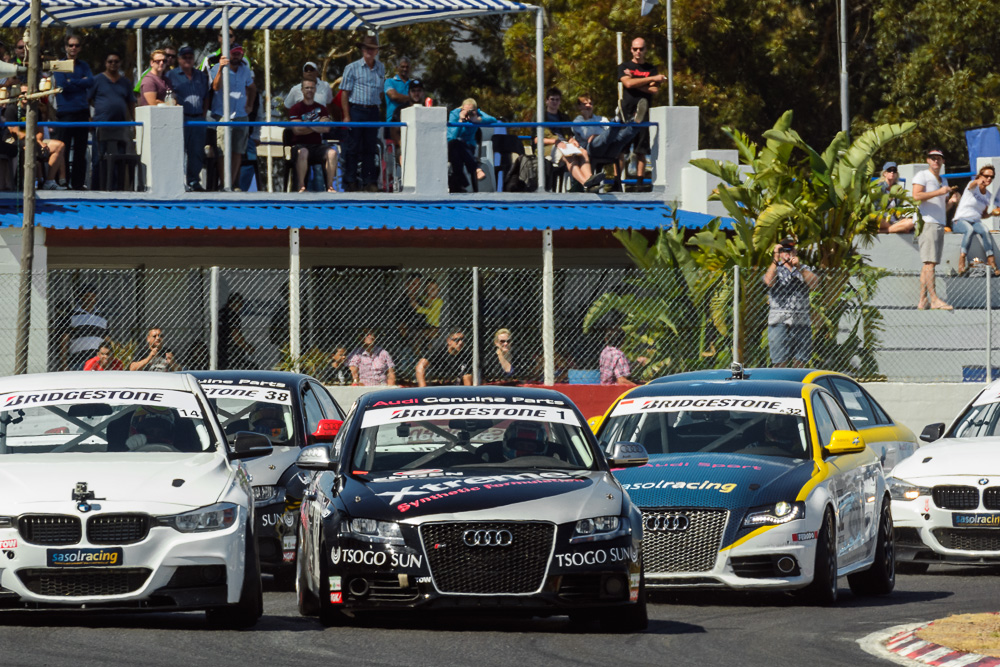 Aldo Scribante Raceway hosts round three of the Super Series on Saturday, 3 May. The event will see competition in the national Bridgestone Production Cars, Engen Volkswagen Cup and Midas South African Single Seaters.

These categories will be backed by the Eastern Province Regional Saloons and the Dunlop Eastern Cape Historic Series.

Taking to the starting grid in the national classes, four of the city’s national competitors will be flying the flag for the locals – two of which are championship leaders in their categories.

This will be the first outing for Simon Moss (A38 – Engen Xtreme) in his Audi S4 quattro in front of his home crowd. Moss is following in the footsteps of his Touring Car champion father, Terry Moss, and is in his first season with rounds at Zwartkops and Killarney in his rearview mirror.

Spectators can look forward to some serious battles in these categories, with the big fight up front of the production cars taking place between the Audis and BMWs – and the GTIs, Minis and Focus ST cars in Class T.

The Midas South African Single Seaters (SASS) will bring their open-wheel racing action to the city as the chase for points continues. Here fans can look forward to some dramatic moments as Robert Wolk (1 – Midas / Chemical Logistics / ATE) fights to defend his title against the current Formula Volkswagen series leader Nicholas van Weely (87 – Anglorand). Added to the mix is Wesleigh Orr (130 – Hollard) who will compete in this series for the second time this season.

Both class A and B of the Midas Formula 1600 championships will continue with the drivers fighting to dominate their classes. Scott Temple (3 – Investchem) and Keegan Campos (2 – Hollard) are the top two class A racers and are separated by just four points. In class B Rick Morris (8 – Investchem) and Ian Schofield (9 – Investchem) lead the points board.

The EP Regional Saloons will contest the fourth round of their championship during this round of the Super Series. Currently the overall lead racer is Natius Geyser (111) in his C-class BMW. Behind Geyser, Staci Allan (23) and her VW Citi Golf and Marais Ellis (36) is third. The frontrunners on points in the local championship are all in class C.

The Dunlop Eastern Cape Historic Series will contest round two for their racers. Overall standings thus far show Graham Lessing (67) is leading with his Green Park Lodge Ford Cortina. Competitors who can threaten his hold on the lead include Rane Berry (88) with his Goodwrench Datsun Skyline and Quentin Lessing (74) with his Jevons Tyres Ford Anglia. A provisional entry list shows that the grid will see more than 20 starters on the day – with a majority of cars dating back to the 70s.

Qualifying on race day sees the racers on track from 08:00. The racing gets underway at 10:30 with the regional saloons and each of the categories will contest two races on the day. The final race of the day gets underway at 16:00. 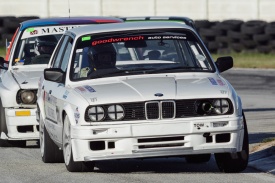 The Dunlop Eastern Cape Historic series will compete alongside their national counterparts at Aldo Scribante on Saturday, May 3. The entry list for this category indicates a starting grid in excess of 20 cars. Photo: Morné Condon 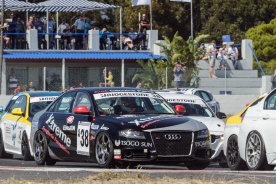 Simon Moss competes in front of his home crowd for the first time in a national Bridgestone Production Car event on Saturday, May 3, at Aldo Scribante Raceway in Port Elizabeth. Photo: Morné Condon 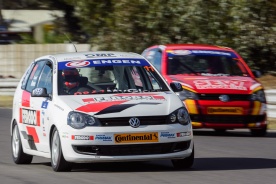 Daniel Rowe in action during the Killarney round of the Engen Volkswagen Cup championship. Photo: Morné Condon